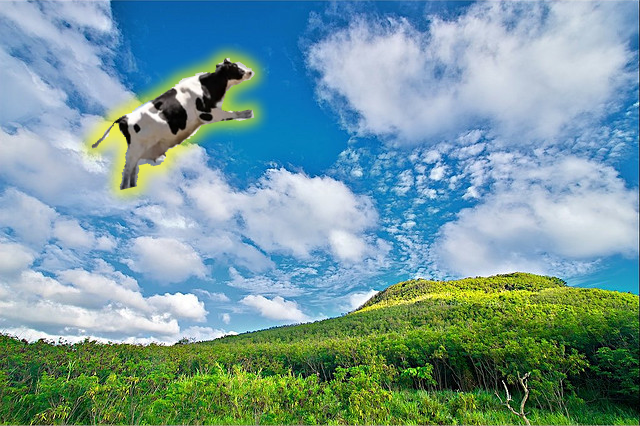 In Europe and Elsewhere, 1923, Mark Twain states that:

The slowness of one section of the world about  adopting the valuable ideas of another section of it is a curious thing and unaccountable. This form of stupidity is confined to no community, to no nation; it is universal. The fact is the human race is not only slow about borrowing valuable ideas it sometimes persists in not borrowing them at all. (p. 175)

Twain was referring to the fact that nations find it difficult to use something that has already been invented and used the example of USA’s insistence on keeping their large and old-fashioned stoves although Germany had already invented one that was far more efficient and less clunky. Twain pointed to the fact that as Americans hadn’t invented the new stove it couldn’t be any good.

Teachers, and other professionals, may also be guilty of this. You may not be in this category but do read on as you might find out a thing or two about your colleagues. On a serious note, as a teacher have you ever created a classroom resource that had already been produced by someone else? Again, how many times have you heard or yourself said that “we must share more as a profession?” or that “we must find a process and system where we can share resources online”? The reason many of us are more willing to recreate a piece of work is what D. Ariely refers to as the NIH bias – or ‘Not Invented Here’ – which means that if it hasn’t been made by us it can’t be good.

1. What innovative change could be made to an alarm clock to make it more efficient?

Solution: If you hit snooze your coworkers are notified via email that you overslept

2. How can communities reduce the amount of water they use without imposing tough restrictions?

In order to ensure that participants reached the same solution they were given a list of 50 words which had to be used to solve the problem. Each list contained the words or synonyms of words that made up the solutions reached by the scientists. It was hoped that this would give the control groups the feeling of ownership whilst ensuring the solutions were virtually identical. Moreover, at the top of the list there was also the words that made up Ariely’s solution but jumbled up so participants would see those words first. At the end of the experiment all participants decided not to choose the suggested solutions but their own, which were virtually identical. Ariely concluded that as human beings we attach a sense of meaning to something we have created, even if it resembles the original idea (something I discussed in more detail in this post).

As with the American and German stoves, in many respects, we sometimes over-value our own creations. In education there is sometimes a tendency to overvalue the usefulness and the significance of one’s ideas, even if they originally were produced or thought of by someone else. This is because we attach a strong sense of meaning to the resources we produce. I once had a Head of Department  who always came prepared with answers to departmental discussions although they had asked the team to consider what they felt to be the most pressing issues. Whatever solutions my colleagues and I came up with the Head of Department would match them with those on their own PowerPoint presentation. Essentially this meant crowbarring our ideas into a pre-existing slideshow, leaving us feeling demoralised and that our ideas were insignificant. By hampering creativity in this manner the department did not progress in the same way if discussion had been open.

Instead of spending time re-creating existing ideas many schools are instead taking them onboard to save on resources and have therefore time to focus on developing new and exciting ideas. There are Departments that are very effective in sharing good practice with it’s staff and some schools have started ‘best-practice hubs’ where outstanding teaching is discussed and shared. These institutions often do well and have a tendency to produce teachers that later go onto become Advanced Skills Teachers and inspiring leaders. The key to this success lay in changing the culture of both sharing, which can be difficult, but also in taking risks to become more creative and innovative.

If the ‘Not Invented Here’ dilemma hampers continued development and/or the time allowed for teachers to innovate then there are solutions which can help. Cue: creativity in ‘the cloud’…

The Cloud as the Innovation Playground for Educators

Social creativity is not free-for-all; it is highly structured… Social creativity collapses without effective self-governance… [We-Think works] when we create something no individual could produce and where critical thinking is critical to developing ideas…  We Think (p.86) – C. Leadbeater

Leadbeater is referring to a concept where businesses (and other institutions) focus on mass collaboration rather than mass production, where people work together to solve complex problems instead of working solely on their own. Education would also benefit from this way of thinking, a move away from NIH bias – the Cloud provides scope for this to happen.

The Cloud has become what Michael Schrage calls the ‘prototyping playground’. You can beta test everything. For educators working with Cloud based systems such as Google Docs, WEB 2.0, LimeSurvey and online storage, these provide the opportunity to trial ideas, share thoughts on pedagogy and classroom practice. We decided to beta test our third book in 2008 where we shared our thoughts on teaching exam classes and initially wrote most of the content online where we could quickly experiment with ideas and structures. We then received feedback as comments, emails and on social media like Twitter. Based on people’s suggestions we redrafted large sections of the book and after receiving permission also included several long passages which people had contributed as ‘case studies’. You can still find remnants of the book here. In this respect the Cloud represents the world’s biggest testing ground, a ‘sandbox’. This means that thinking creatively in teaching is increasingly something you can do in public online and in collaboration with hundreds of others. The outcome has the potential of becoming more powerful, as Leadbeater suggests, than if the same work was undertaken in the department or team meeting.

While Yahoo was optimizing their home page in 2001, the guys at Google were inventing something totally new.

It is worthwhile establishing a culture of collaboration online. It takes time as most people are more comfortable working around a table, in the office or classrooom. The power of online collaboration is that it takes the roof off your office or school building and leaves you, in a sense, vulnerable to others’ opinions but also provides you with thousands of colleagues instead of, say, just six. One example I find very interesting is crowd-sourcing information for a specific purpose. This when you open a problem or query to anyone or, what happens more often, to everyone in a core area like education. The power of crowds and collaborating is investigated carefully in James Surowiecki’s The Wisdom of Crowds, who explains that under the right circumstances, groups are remarkably intelligent and are often smarter than the smartest people in them. One successful example of this was done using the Twitter hashtag #movemeon to crowdsource ideas about good teaching and learning and later put these together in PDF format as well as online using On-Demand Publishing to sell the file as a book without having to incur the cost of publication. Hundreds of people participated in this project and many have since used this idea for other similar projects. If this had been done by say three-four people the results would never have been the same. As this project was limited to 140 characters the depth of conversation was not the focus but the brainstorming of ideas.

An even more powerful way of using the Cloud to work creatively to solve mutual problems was achieved by Ory Okolloh in 2008. During the post-election violence that erupted in Kenya and the ensuing media black-out, she posted updates and collated comments about the atrocities on her blog but found it difficult to keep up with the hundreds of comments and emails sent to her so she pleaded to the virtual world for a solution to automate the process. The solution came in a couple of programmers who in 72 hours set up an Open-Source software they named Ushahidi, or ‘testimony’ in Swahili. This piece of technology aggregated information from 1000s of emails and SMS messages and placed them on a map for people to see where violence was happening. Ushahidi is now used to report on for example:

The power of Ushahidi came when people started to collaborate and this way of crowdsourcing proved to be very successful. We are posting about ideas for using Ushahidi in education at a later date.

The Not Invented Here Bias may still run deep in many of us but there are tools available to help us overcome the issue. If Mark Twain was able to take a quick peek almost 90 years after his statement, perhaps he would grant us a smile at how some people are accessing tools online to not only use each others ideas but to collaborate on mass to increase their value and depth.

Johannes Ahrenfelt has previously worked as County Advisor for Learning & Teaching with ICT, Head of Department and University Lecturer. He has taught for 10+ years in schools around Norfolk, UK, and is currently leading an inspirational team in Norwich as Head of Faculty. Johannes shares his passion for pedagogy on his blog, social media and when delivering training in the UK and abroad. He has also published several books worldwide, one of which has been translated into Mandarin and Malayan. View all posts by Johannes Ahrenfelt