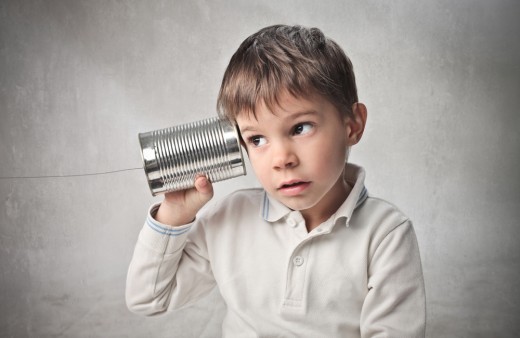 Extract from The Exam Class Toolkit: How to Create Engaging Lesson That Ensure Progression and Results (Continuum). This section is a snapshot on using stories in the classroom.

The following story was emailed to us recently. At first it may seem just like a
funny story, but if you read between the lines, it raises several interesting
questions. Can you spot them?

An old Maori man lived alone at his family home out in Ruatoria.
He wanted to dig his kumara garden, but it was very hard work.
His only son, Hone, who used to help him, was in Paremoremo prison.
The man wrote a letter to his son and described his predicament.

Kia ora e Hone,
I am feeling pretty bad because it looks like I won’t be able to
plant my kumara garden this year.
I’m just getting too old to be digging up a garden plot.
If you were here, all my troubles would be over.
I know you would dig the plot for me.
Aroha nui
Papa

A few days later he received a letter from his son.

E Pa,
For God’s sake! Don’t dig up that garden, that’s where I buried the BODIES.
Love
Hone

At 4am the next morning, Gisborne C.I.B and the local police showed up with a search warrant and dug up the entire area without finding any
bodies. They apologized to the old man and left. That same day the man received another letter from his son.

E Pa,
Go ahead and plant the Kumara.
That’s the best I could do under the circumstances.
Love
Hone

When we received this story we were thrilled and used it immediately. It has so much potential for the classroom; you could use it to investigate the power of language and its uses, to look at motive, to understand character, or reactions
(human or chemical). Think about how powerful this story would be as a starter in a lesson.

Getting students to think about the core meaning of a lesson is crucial if the knowledge is to reside in their long-term memories. How can we make any topic simple enough to show the core meaning; memorable quality of the topic? Consider the story below and ask yourself, what is the core message in that story? How can this be used in a lesson investigating WWII, the holocaust, or as an assembly piece?

Victor Frankl and his wife were arrested together with hundreds of other Jews in 1942, in Vienna, Austria.

Unbeknown to many, Frankl had developed a new theory of psychological well-being. Both he and his wife had anticipated what would happen to them so they had sewn the manuscript of the book he was writing into the lining of his coat. Victor and his wife Tilly were later transported to Auschwitz and the manuscript was eventually found and destroyed. Frankl began rewriting his work from scratch, on bits of paper, and he had to endure the death of his entire family: his wife, brother, mother and father all died in the concentration camps. When the Allies liberated his camp in 1946 he had completed what was to become according to the New York Times, one of the most influential books of all time. (A Man’s Search for Meaning).

Johannes Ahrenfelt has previously worked as County Advisor for Learning & Teaching with ICT, Head of Department and University Lecturer. He has taught for 10+ years in schools around Norfolk, UK, and is currently leading an inspirational team in Norwich as Head of Faculty. Johannes shares his passion for pedagogy on his blog, social media and when delivering training in the UK and abroad. He has also published several books worldwide, one of which has been translated into Mandarin and Malayan. View all posts by Johannes Ahrenfelt